He had served in the British army in 1917 during the First World War when he was just 20 years old.  He was seriously wounded in the trenches in August of that year during the Third Battle of Ypres (Passchendaele).

He kept a diary of his time in the army and later wrote it up as a more comprehensive journal.

To provide a more permanent home for this journal I decided to publish it on his behalf on a daily basis as a blog – with each post being exactly 100 years after the original events. 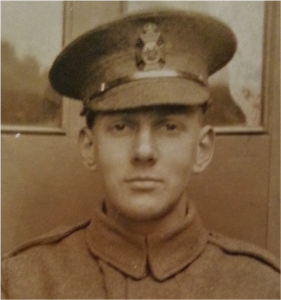